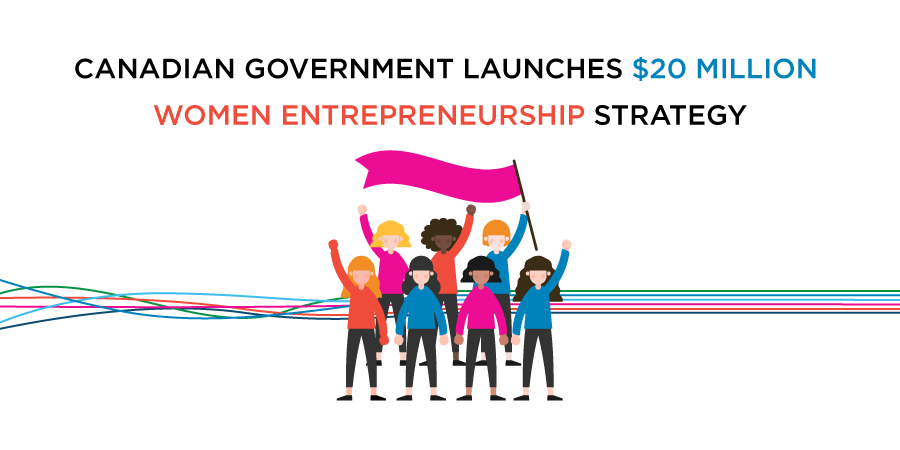 The Canadian government is making a significant investment into providing financial support and opportunity to women entrepreneurship.

On Friday, October 19th, 2018, Canadian Export, Promotion Minister, Mary Ng, announced a $20 million government fund toward supporting women in business. This contribution is in addition to an $85 million Women Entrepreneurship Strategy Ecosystem fund implemented last month. Women entrepreneurs could receive up to $100,000 toward growing their businesses.

According to Statistics Canada, there is a direct link between business ownership and ‘innovation, job creation and productivity growth’. Women entrepreneurs are considered an integral driver to the economy. However, ‘access to venture capital funding’ is a top barrier for women business owners in Canada. In comparison to their male counterparts, there is still evidence of gender inequalities that make business ownership challenging.

The creation of the Women Entrepreneurship Strategy is a progressive step forward. This article looks at the current barriers women entrepreneurs face in start-ups and the key benefits of supporting their ventures.

The program gives ‘indigenous women, women with disabilities, recent immigrants, visible minorities and women in rural or remote regions’ priority. Specific sectors that are key contributors to the economy, such as advanced manufacturing, digital and international ventures, will be taken into consideration first. By 2025, this funding should ‘double the amount of women-owned and women-led businesses’ in Canada. Initiatives like this are necessary for helping them overcome barriers.

While funding is a top barrier, gender inequality continues to challenge women’s progression. Small and medium sized enterprises (SMEs) that are majority-owned by women, only represent less than 16% of Canadian businesses. When it comes to launching a new company or scaling up, there is still a difference in accessibility to external investors. In an article written by Global News,

Almost half the women surveyed as part of the study reported that they had trouble securing the external investment needed to scale, whereas almost 70 per cent of men surveyed said they found it easier.

Launching a business or scaling up requires start-up capital and financial support. While many ambitious sole proprietors want to do it on their own, this isn’t always possible. In fact, 70% of surveyed women stated they financed their small business through ‘personal credit card debt’.

When it comes to pitching a business, the statistics are no different. Women who made the same business proposal were funded ‘32% of the time’, whereas men were considered ‘68% of the time’. These differences in financial opportunity can hinder their ability to start their own ventures. It’s important for government initiatives to step in and provide support as women make considerable contributions to the economy.

Earlier this year, Morai Logistics, discussed the importance of supporting supplier diversity in Canadian business. Within this article we highlighted women’s contributions to the economy. Findings indicate that ‘nearly 1 million Canadian women business owners’ contribute to ‘more than $117 billion annually to the Canadian economy’.

Speaking on the Women Entrepreneurship Strategy, Senior advisor on the Canadian Economic Growth Council, Carol Anne Hilton, shared her perspective. She believes that women ‘focus on human experience, on relationship’, which she believes is a ‘missing part of the equation. As business owners and leaders, women contribute something very unique to the table. For instance, they are collaborative and enjoy working together to achieve business objectives. Their ability to adapt also enables them to stay resilient and ahead of changing markets.

In order to drive the development of women owned businesses, continued funding through initiatives such as the Women Entrepreneurship Strategy must continue. It’s important to provide equal opportunity to women and minority groups and remove systemic barriers that disable them from driving our economy.