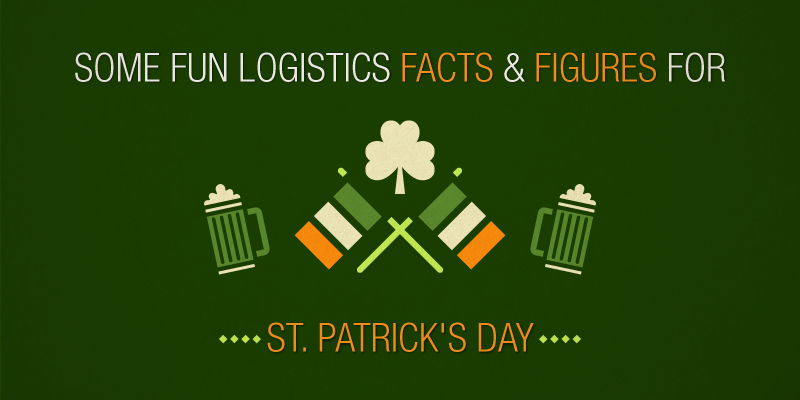 For this St. Patrick’s Day, we would like to list some interesting facts and figures regarding this popular holiday. It isn’t only green hats and green beer that makes this national holiday celebrated in more countries than any other national festival, but also some behind the scenes logistical planning!

Did you know that this holiday known for green beer and the 13 million pints of Guinness to be consumed this year, used to be a dry holiday? Mental Floss gives a bit of history in this article,

For most of the 20th century, Saint Patrick’s Day was considered a strictly religious holiday in Ireland, which meant that the nation’s pubs were closed for business on March 17. (The one exception went to beer vendors at the big national dog show, which was always held on Saint Patrick’s Day.) In 1970, the day was converted to a national holiday, and the stout resumed flowing.

As already mentioned, despite it being a national holiday, St. Patrick’s Day is celebrated in many countries. Among them is the United States which held the very first St. Patrick’s Day parade was not in Ireland. It was in Boston in 1737. Chicago is noteable as it goes so far as to dye its river green for several hours in celebration.

And here’s a bonus fun fact: The estimated statistical odds of finding a four-leaf clover on your first try is 10,000 to 1!