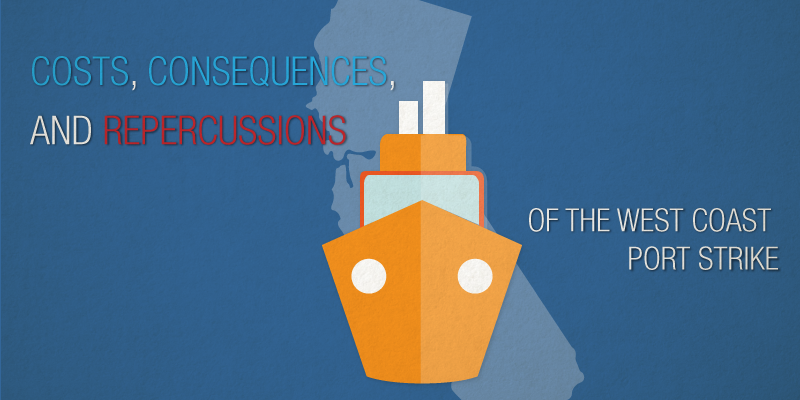 With the worst of the West Coast dockworkers strike effectively ended last month, now is a good time to take a step back and assess the costs, consequences, and repercussions to all of the stakeholders that were affected in the nine month strike.

Political stakeholders have been the most optimistic about the future of the West Coast port and its ability to meet the massive backlog that has accrued over the protracted labour dispute.

” Business should return to normal at U.S. West Coast ports in about three months, and long-term damage from a nine-month labor dispute should be limited, said Long Beach, Calif., Mayor Robert Garcia in an interview with the Wall Street Journal.

Later in the article, he admits that some business may have been permanently lost to East Coast ports, but remained confident that they would regain the vast majority of the business.

A report put out by Zepol concerning the impact of the West Coast port strike puts forth a less optimistic view than Mayor Robert Garcia. Some of the highlights of the report are as follows:

Although Canada wasn’t as heavily affected by the strike as its southern neighbour, however retailers north of the border still felt the impact of the situation, in particular, Ontario’s automotive plants.

An article on OurWindsor.ca discussed the potential and actual impact of the west coast strike at the time. Instances of Honda Honda Canada Manufacturing plants sometimes running at 60 % capacity, congestion at B.C. ports, shipping containers running five to 10 days late, and a trickle-down cost to consumers from additional costs incurred from said congestion were all issues that this article brought up.

As previously mentioned in this article, the worst of the strike seems to be over. However, there’s still a chance that even with the most optimistic of predictions and outcomes, more complication will arise. Especially when the five-year deal still must be approved by the 13,000-member International Longshore and Warehouse Union’s rank-and-file.