Filter by:
Categories
Tags
Authors
3PL
3 Reasons Why a Social Media Strategy Will Help Your Brand in Logistics and Supply Chain
March 10, 2016 by Kelli Saunders in 3PL

Many businesses have embraced social media to grow and to bring value to both their company and their customers. This is because the number of people online has been rapidly growing since the 2000s. Within the United States for example, 70% of the population have at least one social networking profile.

For companies involved in 3PL and logistics, this means a well-crafted social media strategy can afford them new avenues improve their brand visibility, engage their customers, and to increase their involvement in how the industry itself is perceived. All of these lead to a stronger brand name.

This month’s ebook focuses on how social media helps your brand in the logistics and supply chain industry! 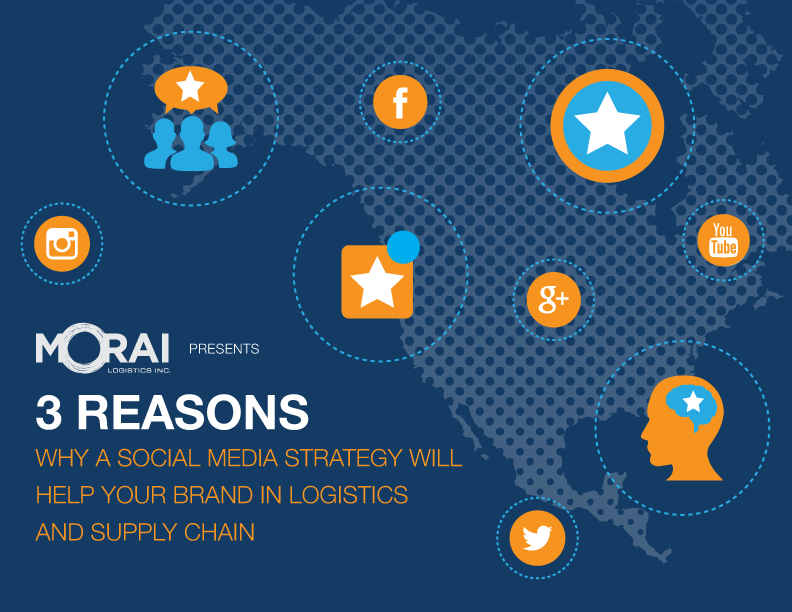 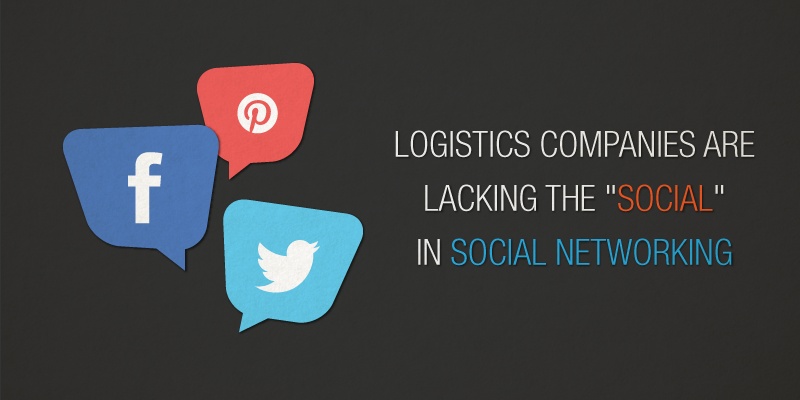 Social media and social networking are two key trends are reshaping how businesses conduct their affairs, communicate with vendors and customers, and even their organizational structure. However, the logistics industry has largely been slow in adopting these technologies and strategies, despite many studies indicating that supply chain managers acknowledge the importance of doing so.

In a 2013 study conducted by Adrian Gonzales, 45 percent of the supply chain professionals surveyed said that “social networks will make supply chain processes more efficient, responsive, and cost effective” over the next five years. Another 30 percent said that “social networks will transform supply chain processes (for the better) in ways we can’t imagine today”. A similar study conducted by Fronetics Strategic Advisors found that of its respondents, 68% reported that their company has realized benefits by participating in social media.

There’s a similar finding in the Business Opportunities: Social Media 2013 paper which found that transport and storage companies are underutilizing these technologies the most, whereas other segments such as airline transportation make more extensive use of social media and count some interesting and innovative initiatives and projects in place.

Proactive or SMART use of Social Networking?

As mentioned, the biggest barrier at the moment to greater adoption of social networking is that it’s very difficult to quantify its business value.

There are two contradicting philosophies when it comes to this topic.

The first one, as described by the aforementioned study by Adrian Gonzales, is that trying to measure the direct ROI of something as ethereal as social networking technologies is the wrong approach all together.

It cites the example of GE, which took a proactive approach to social networking by creating a platform that they “can track usage, adoption, how people are using the system, and what their connections are”. What it doesn’t do, is create the direct correlations between usage and business numbers that are needed for ROI. And according to its CEO Ron Utterbeck, “Going and spending money on ROI would be, honestly, in my opinion, just a waste of money because your true value of this is people are coming back”.

The second philosophy is that of the SMART method which involves having specific, measureable, achievable, realistic, and timed goals as they relate to social media and social networking.

The research found in the Business Opportunities: Social Media 2013 paper lists a number of opportunities that logistics companies could benefit from if they used the tools for “expert collaborative communities”.

If the logistics industry is to better adopt and grow its social media presence, it will, as an industry, need to change any misconceptions it has toward the key trend.

“Social networking is not really about socializing, but about facilitating people-to-people communication and collaboration” writes Adrian Gonzalez, “social media can – and should – play a central role in supply chain management”. 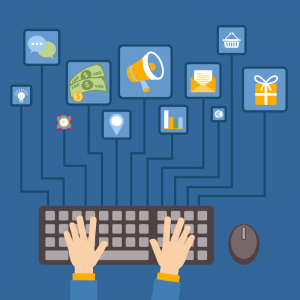 Next week marks the anniversary of one of the most damaging data breaches in recent history. During the Black Friday of last year, retail giant Target Corp.’s had the credit and debit card numbers and personal details of over 40 million of its customers compromised. The public relations nightmare that followed resulted in profits plummeting upwards of 46%, Target shares slumping approximately 8%, and Chief Executive Gregg Steinhafel resigning after over 20 years with the company.

Stories such as these are unfortunately not that unique which is why it is critical for companies and organizations, big and small, to invest strongly in strategic PR. For those in the 3PL market, this means being aware of the ongoings of all suppliers and business associations; once a crisis happens, it can be difficult and costly to identify a problem’s source in the supply chain.

Other than a crack PR team, there are two ways that 3PLs can protect themselves from the toxic fallout of bad publicity.

One of the most frightening things about a damaging PR crisis is that not only can it ruin a company business overnight, but that it can be unrelated to the original brand due to the nature of upstream supply chains. The best way to counter this is to ensure that oversight of all aspects of a supply chain can be conducted with as little lag in communication as possible. It is for this reason that nearshoring has become so essential.

There are a lot of financial and logistical benefits to nearshoring. However, a key benefit that is often overlooked is that by conducting business so relatively close to home, a 3PL company can better establish a strong and resilient social network which at the end of the day “is not really about socializing, but about facilitating people to people communication and collaboration” according to an interesting article on SupplyChain247. The added degree of security because of Mexico’s increasing growing infrastructure and business-friendly economy is also a welcomed factor.

In a similar vein to nearshoring, the power of social media doesn’t end with crisis management. The immediacy of information and two-way discourse between company and customers is essential when handling a crisis. It is for this reason that the benefits that social media provides when it comes to damage control cannot be overstated. From JC Penny to Fontaine Santé, case study after case study shows a demonstrable advantage for companies that are actively engaged and have a focused strategy when it comes to social media.

There are of course many other reasons outside of crisis control for a business to be connected. By effectively utilizing social media, a business can:

It is through this engagement that companies can tell their commercial journey and invite stakeholders into sharing their own stories.

Continue
1 Comments
App
How Social Media and Mobile Technology is Changing the Face of Supply Chain and Logistics
July 1, 2014 by Kelli Saunders in App 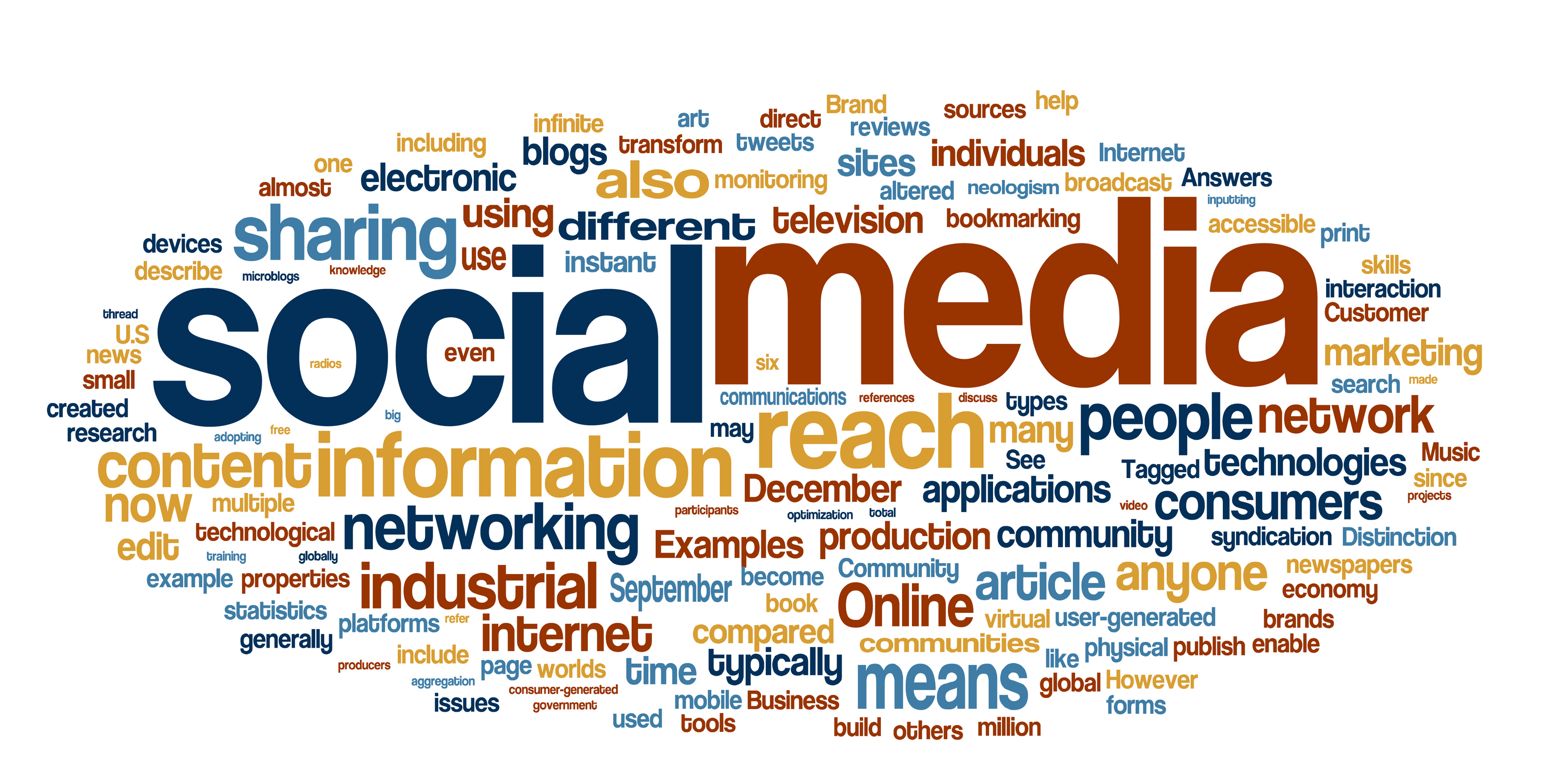 We’ve reached a point in society that people’s parents and even in some cases their grandparents are getting social media savvy! It is no surprise then, that these social media developments is something that businesses can no longer ignore; logistics and supply chain industry or otherwise.

This week’s blog post will focus on two case studies that show how both social media application and mobile technology is affecting the logistics and supply chain industry in an interesting way.

Fronetics released a post this month on how an interesting development on Twitter has trucking companies leveraging social media to both save money and take care of their staff. According to the article, both obesity and sleep disorders (i.e. sleep apnea) are the primary health risks for truckers and end up costing their employers $190.2 billion in medical spending. According to the Journal of Occupational and Environmental Medicine, obese truckers had an annual average total health care cost of $1,944, compared with $1,755 for overweight truckers and $1,131 for normal-weight drivers.

So how does social media come into play? Well, a 42 year old trucker with over 20 years of experience decided to use Twitter as a venue to track his progress to adopt a healthier lifestyle on his journey from being the typical statistic of an unhealthy overweight trucker to a healthier, and happier, trucker.

He started an account as @urbanhauler and, using the hashtag #fittrucker, captured the attention of over 1500 fellow truckers (based on his follower list alone). This spurred Jarred Martin of Speedy Transport to secure a new job opportunity while continuing his quest to change the habits of truckers everywhere.

There is a new face in the traditional parcel deliver services, and logistics companies are taking notes. Uber, a San Francisco based venture focusing on on-demand transportation services best known for their vehicle-for-hire or ridesharing app by the same name has expanded in NYC by launching Rush. Rush, or Uber Rush, extends their ridesharing model to a package delivery service. Uber Rush uses bike and on-foot messengers to get your belongings from origin to destination.

It works by having users request a messenger at your location via the Uber Rush app. A chosen delivery person will then arrive to collect your delivery instructions (via bike or foot), then take your package to your destination. Both the sender and recipient can track the location of the package via the app. How’s that for taking logistics services straight to the masses?