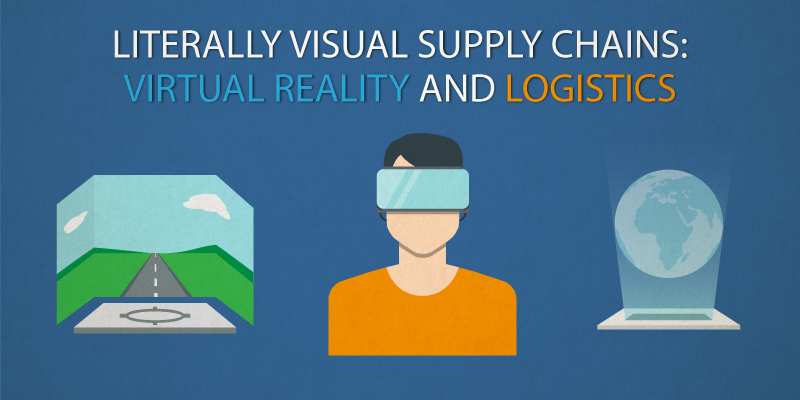 Last week, we discussed how augmented reality technology (VR) had begun shaping innovative new ways to improve the operation of warehouses and supply chains overall. This week, we would like to take some time and focus on virtual reality (VR).

The applications for VR are already varied. Military services have been using it in training for a number of years, it’s been used for architectural and urban design, and for the treatment of phobias. However, video games are still where this technology will likely be the most commercially viable.

Video games have evolved a great deal since the days of Pong and the original Super Mario Bros. In more recent years, extremely complex concepts have received game adaptations that have allowed someone not versed in the relevant fields to gain an understanding of the topics without years of study.

Two notable examples are Foldit and No Man’s Sky. Foldit is an online puzzle game about protein folding. User submitted solutions have led to important leads in biological innovations and the fight to eradicate deadly diseases.

The purpose of the upcoming No Man’s Sky is rooted in entertainment, but the way it’s game world (universe really) was created is fascinating. The small team of programmers used artificial intelligence and procedural generation to self-create an entire galaxy with over 18 quintillion unique planets complete with their own geography, ecosystems, flora, fauna, and structures) for users to fully explore. The scope of the game has given some who have tried the demo a fuller appreciation of the size of the cosmos, and understandably a bit of existential angst.

VR technology, used in a similar to the aims of these games could present two unique possibilities for the logistics industry.

A Logistics World in VR

The first possibility is that crowd-sourced solutions to problems in specific pain points could be found. Everything from dealing with complicated socio-political unrest in a key supplier, to better pick paths within a distribution center could be structured as a game and new best practice solutions gleamed from the results. The advantage of VR over traditional virtual modeling is that users would be able to test out their solutions and experience three benefits that Cliff Holste of SupplyChainDigest identifies:

The No Man’s Sky approach is also another possibility that the logistics industry could wherein VR would be used to give customers a fuller, more comprehensive appreciation of all the moving parts that are involved in a supply chain. Basically, granting customers the ability to literally visualize the supply chain.

McDonald’s UK is trying something similar to this with its ‘Follow the Footsteps’ campaign it launched this year. With it, the company aims to inform the public about the work that goes between the farm to your plate by allowing users to experience a variety of jobs (from tractor operator to cashier) all along the McDonald’s production chain through the Oculus Rift.

It might a few years before VR is fully embraced in the commercial sphere, and probably a bit longer before it is embraced by the logistics industry. However, looking at other industries that have adopted the technology, it’s clear that VR will be a key area of potential growth in the 21st century.