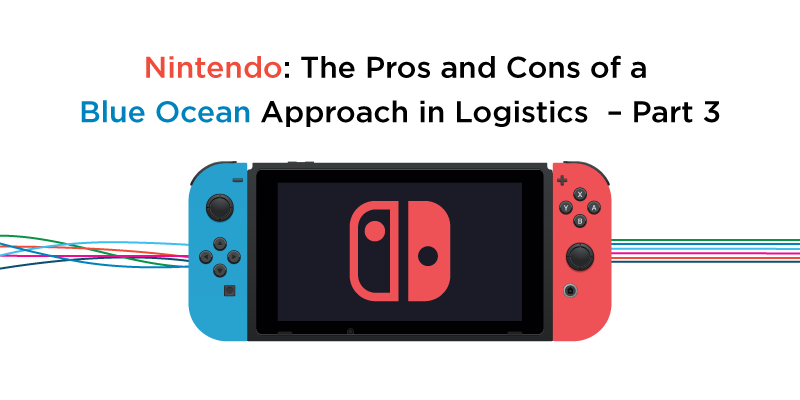 In the first post of our series, we explored accusations of artificial scarcity leveled at Nintendo. It’s customer-centric ethos was covered next. For this final entry, we will be diving into how this ethos birthed its Blue Ocean strategy. A move that lead to its recent Switch supply controversy, and is responsible for the strength of its brand.

Nintendo is constantly trying to find previously unknown market spaces through innovation. This process is known as the Blue Ocean Strategy and it involves eight steps. According to BlueOceanStrategy.com, the key aspects of the strategy involve:

From launching the hand-held market to saving the North American video game industry, Nintendo has built an empire on previous undiscovered or overseen markets. The best recent example is the Wii console, which launched in 2005. It managed to sell over 100 million units, outperforming Sony’s Playstation 3 and Microsoft’s Xbox 360 consoles. The Wii’s 20 million sale lead was despite it having outdated hardware, lack of third-party support and absent hardware features like Blu Ray and HD support. And of course, it was plagued by scarcity for the first two years of its life cycle.

A Console for More than the Average “Gamer”

The Wii sold well because it became inclusive to families and non-gamer friends through motion controls. For decades, both game mechanics and controllers had been getting more complex. This meant that only those with plenty of free time could keep up. Instead, Nintendo built the console around controls that were as easy to use as waving your hands, reintroducing gaming to the entire family. Its competitors tried to emulate the success by launching their own motion controls.

However, their products weren’t built from the ground up with motion controls in mind, leading to mixed results.
Sony and Microsoft sold their consoles at a huge loss to win a place in a home. Nintendo side-stepped this problem. It created a spot for itself as the secondary home console. By using older, but still effective technology, it managed to turn a profit with each unit sold.

Trying to create an entirely new market means that there’s no best practice to follow or improve on. How outside forces can affect the nascent market and supply chain is also limited. In the Switch’s case, the shortages seem to be because of Apple. Wall Street Journal writer Takashi Mochizuki points out:

Nintendo Co.’s biggest battle these days isn’t against other makers. It is against companies such as Apple Inc. that are gobbling up the same parts Nintendo needs to make its hit Switch machine.

Similar situations can be found throughout the company’s product launches. By being so focused on innovation, its ability to adapt is restricted. Factors such as competing industries for resources, port strikes and even excess demand have all proved too taxing for its supply chain.

Nintendo is notoriously conservative with its business practices. But if you look at the success of its products, this isn’t the problem. What needs updated is its approach to supply chains. The company needs better predictive models. Despite its setbacks however, Nintendo has built its brand on innovation. It’s why its products have become cultural icons in the first place.