Filter by:
Categories
Tags
Authors
3PL
Is Canada’s Newly Proposed Rail Safety Laws Enough, Too Much, or Too Little?
February 24, 2015 by Kelli Saunders in 3PL 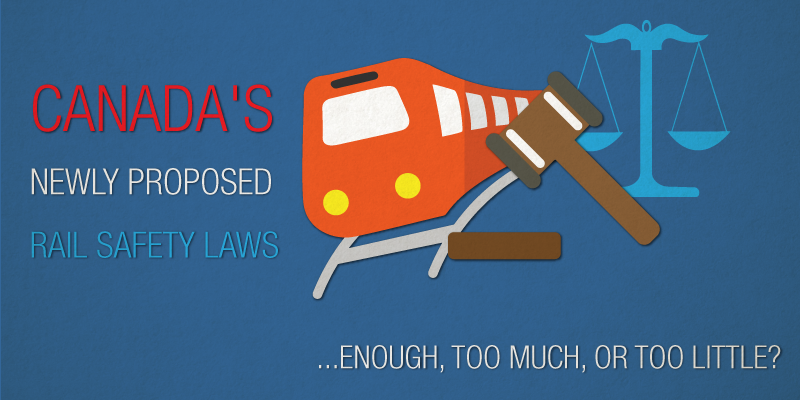 On the 20th of February, Federal Transport Minister Lisa Raitt revealed The Safe and Accountable Rail Act which proposes amendments to the Canada Transportation Act and Railway Safety Act. The Act, which is a response to the Lac-Mégantic disaster in 2013, will make railways and crude oil shippers responsible for the cost of accidents said Raitt.

Along with other previously introduced rail safety requirements, this new act will introduce the following:

Too Much or Too Little?

Although the reaction to the announcement of the Act has been mostly positive by the Canadian press, it hasn’t been without some controversy.

An article in the Financial Post quoted Greg Stringham, of the Canadian Association of Petroleum Producers’
vice-president of oilsands and markets, who expressed some concerns.

In today’s price environment, every little bit affects the economics. Crude oil prices have plunged more than 50% since June, causing many producers to cut spending.

Mr. Stringham said about 200,000 barrels of oil were moving by rail in Canada every day at the end of 2014. He continued by saying that oil and gas producers don’t know whether additional costs from the new insurance burden will cause oil-by-rail movements to become more expensive for producers.

Looking at the comments section of the articles covering this story, it’s easy to see that there is also the other side who feel that the newly proposed Act can isn’t being taken far enough. It seems that this sentiment stems from the recent Canadian Pacific Railway strike which ended just before employees would’ve been legislated back to work.

In a Maclean’s article, NDP Labour critic Alexandre Boulerice condemned the government for taking quick action against the workers when it was revealed that that there was a legislation being poised in end the strike. “It will put public safety at risk, since the problem of long hours and fatigue among those conductors will not be resolved,” he said at the time

A Problem With No Clear Solution

The growing number of train derailments has to do with the growing volumes of oil being shipped. This is a trend and problem for both Canada and the U.S. There’ve been different long-term solutions that have been recommended, but for now, let’s hope that the new Safe and Accountable Rail Act shows some promise in curbing this deadly trend.