By 2020, the U.S. is Projected to be the Most Competitive Manufacturing Nation 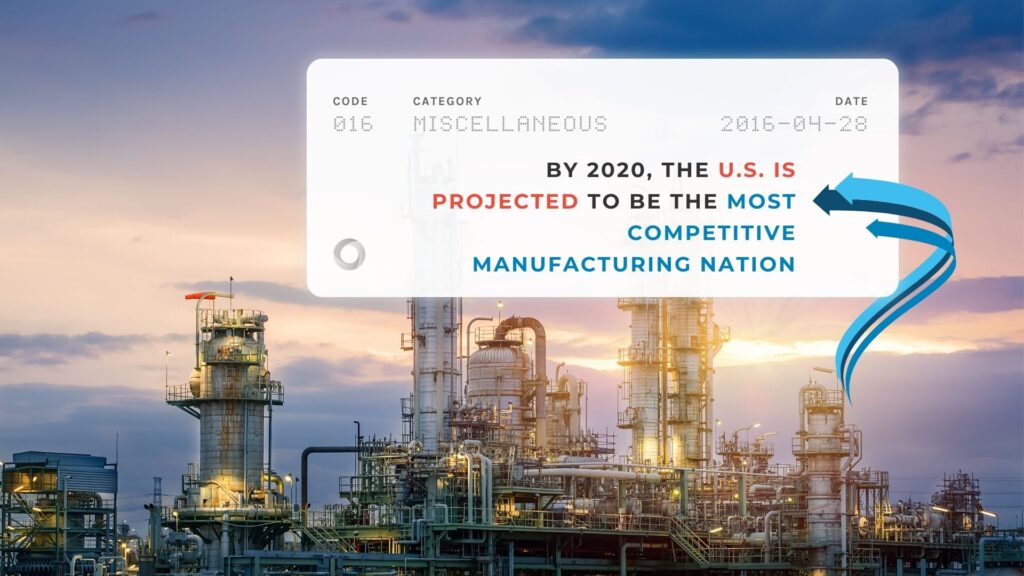 Earlier this month, Deloitte Touche Tohmatsu Limited (Deloitte Global) and the Council on Competitiveness (Council) release the 2016 Global Manufacturing Competitiveness Index report. The most interesting highlight from the report is that by 2020, the U.S is expected to the most competitive manufacturing nation with China moving to the number two spot.

The study used an in-depth analysis of survey responses from over 500 chief executive officers and senior leaders at manufacturing companies around the world. Respondents were asked to rank nations in terms of current and future manufacturing competitiveness.

Other major highlights of the 2016 Global Manufacturing Competitiveness Index (GMCI) include:

China moving to the number two spot for manufacturing isn’t surprising given the meteoric rise of worker wages which has increased at a 13.7 percent annual rate, or close to six times the overall inflation rate according to the U.S Department of Commerce:

Made in America: What it Means to the Country