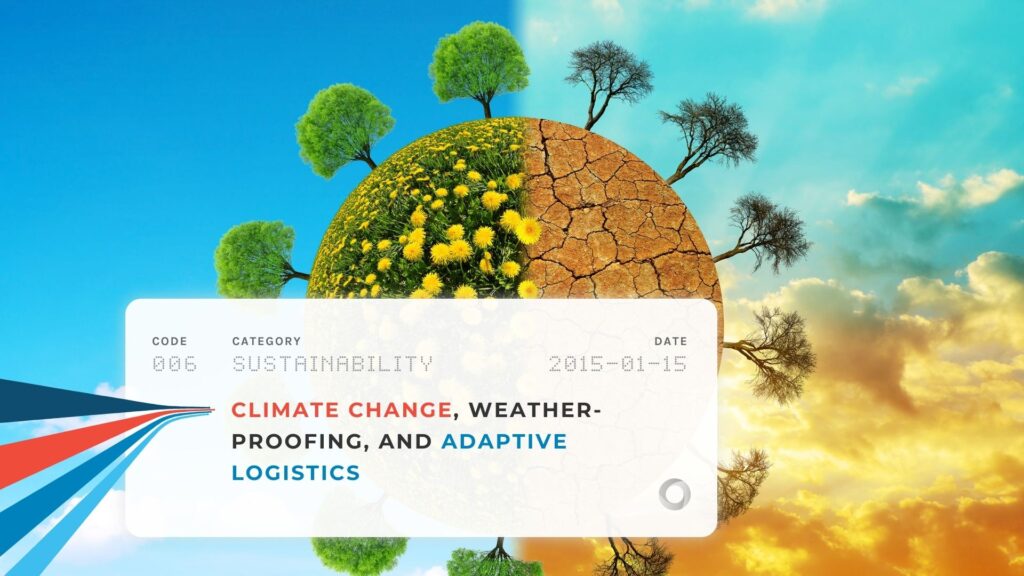 With January in full swing and the weather continuing to plummet, it is important to take a moment and discuss a topic that doesn’t receive as much mention as the more popular topics currently trending. This topic is the impact climate change is having on supply chain logistics.

According to The Associated Press’s study released in 2014 by the Intergovernmental Panel on Climate Change found that the increasing prevalence of severe weather will have negative effects on infrastructure, agriculture and the overall well-being of humans. As climate extremes continue affecting different parts of world, businesses and industries that are reliant on logistics networks are also at considerable risk.

A chilling look at a negative trend

A 2011 study released by EWENT (Extreme Weather impacts on European Networks of Transport) looked a number of detailed case studies and metadata to determine the costs and consequences of extreme weather on European freight and logistics industries and supply chains. The conclusion of the study was disheartening, as stated by the researchers:

The above attitudes indicate that business people in transport, logistics and infrastructure provision and management sectors did not have a good grasp of linkages between the probability of extreme weather and the risk of company damage

Although those surveyed in the study claimed they were prepared and had measures in place to account for weather extremes, they relied too heavily on government assistance claim the researchers,

Therefore, they could not carry out the risk tolerance appraisal and take decisions as to which preventive and risk mitigation strategies to employ. In the absence of understanding of their own risk tolerance threshold, they removed extreme weather hazards from strategic decision-agenda

… which as the study demonstrates, was to their own financial detriment. It isn’t all doom and gloom however.

New field of study and Weather-proofing

‘Adaptive logistics’ has seen major growth since it was proposed in 2010 by Alan McKinnon and Andre Kreie of the UK based Logistics Research Centre at Heriot-Watt University. Their paper on the need for this to become a field for the logistics industry outlined how, at the time, not enough research existed on the impact climate change was having on supply chains. The term itself, ‘adaptive logistics’, is defined in the paper as a field of study that will analyze how logistics will respond to environmental change, and then “this response can either be direct where logistics systems must be modified to minimise adverse climate impacts or indirect, where climatic change alters the demand for logistical services and systems must be reconfigured accordingly”.

Some companies have also begun taking a more pro-active approach to reducing the potential risks of extreme weather affecting operations or revenue.

An excellent article by Inbound Logistics’s Gary Hanifan summarizes and analyzes the findings of Reducing Risk and Driving Business Value, a 2012 survey conducted by the Carbon Disclosure Project (CDP) and Accenture and gives advice as to how to raise supplier awareness about the risks climate change is having on their business. Some of the more interesting points quoted in the article were the following: 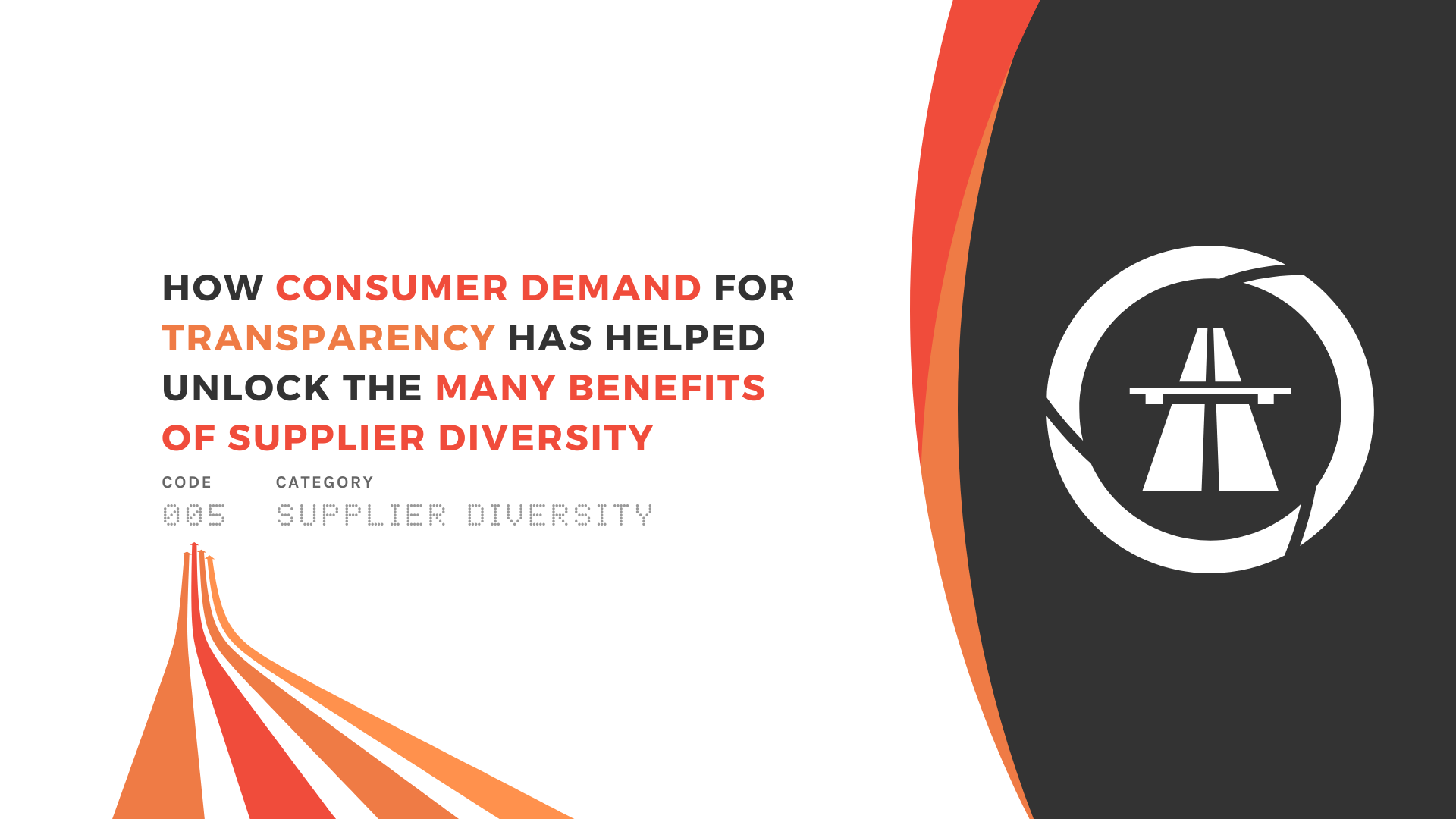 How to Reduce Waste in the Supply Chain 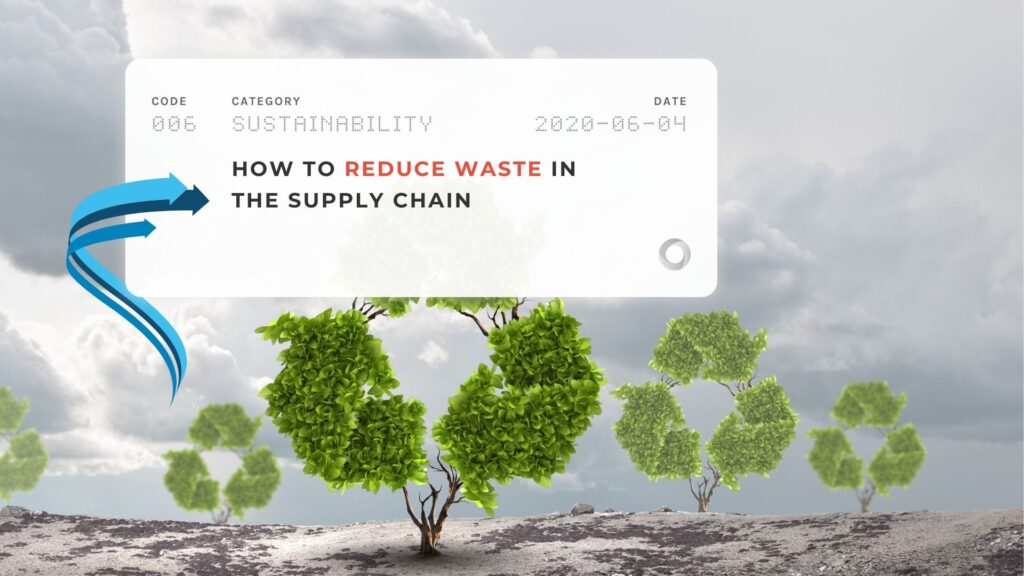 Waste reduction is more important that ever in the modern supply chain—here are several ways to go about it. This week our friends from the Compactor Management Company are contributing to our blog. The Compactor Management Company is a company that “has been providing all types of businesses with industrial trash and garbage compactors and balers.” […]

Circular Supply Chain – What is it and Why is it Important? 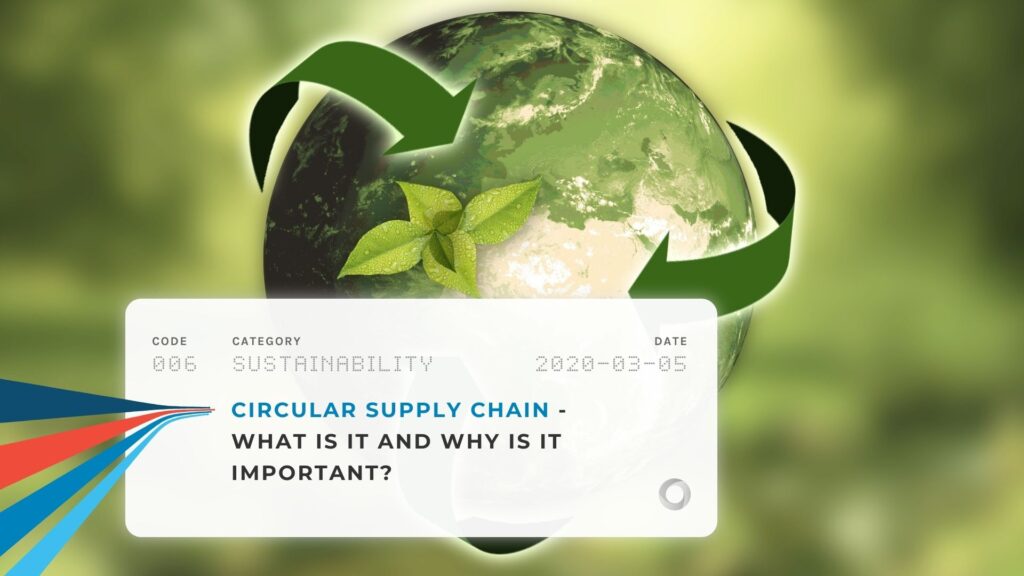 With companies putting greater emphasis on sustainability than ever before, it’s critical to understand what a circular supply chain is and how it functions.  Today’s supply chain is one that caters its practices and operations to customer demands as precisely possible. In turn, few things rank more highly on the list of customer concerns than sustainability. Not only that, but the need for […]