Logistics in Crisis: The Nepal Earthquakes 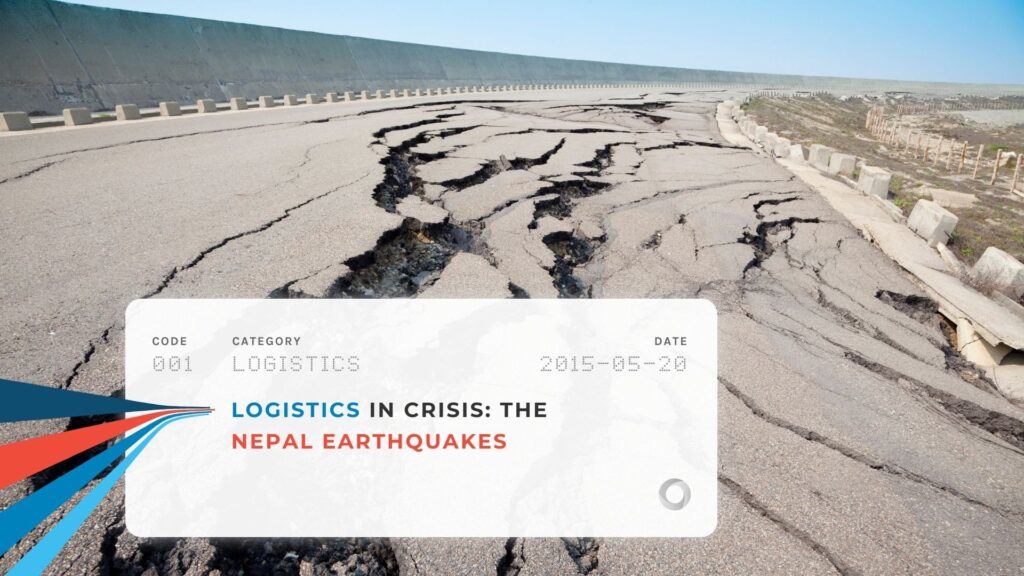 Recently, Nepal has been hit by a second major earthquake in less than three weeks. It had 7.3-magnitude and it killed 65 people and more than 1,200 injured.

The human cost in lives and injuries is hard to calculate at the moment, but between this new earthquake and the April 25th earthquake (7.8-magnitude) just a couple of weeks prior, the estimated death toll is currently over 8,065 with over 19,200 injured. These causalities don’t take into account those killed in the adjoining areas of Nepal, or by the subsequent avalanches it triggered on Mount Everest and in the Lantang Valley.

As catastrophic as the two earthquakes have been on human life, Nepal’s pre-disaster limited infrastructure means that recovery and aid for the afflicted groups in the area could in fact take weeks to years for some of the more isolated communities.

In an interview with the Wall Street Journal, Alex Marianelli, senior logistics officer for Asia at the United Nations World Food Program and one of the directors of the effort that is bringing medicine, food and other supplies to the battered, impoverished nation, had this to say “Logistically, this particular disaster—because of the geography and the mountainous terrain and poor roads—is probably the most difficult response I have ever had to implement”.

Other issues that have hindered aid groups and relief supply chains are the country’s customs requirements, congestion, and transportation difficulties.

The Nepali government wanted to tax the relief materials like ordinary goods which in turn has led to Nepalis expressing doubt as to the effectiveness of the government in sending aid where it’s most needed.

The country only has one airport in Katmandu that can handle the larger aircraft needed by relief groups. However strict weight restrictions and the capital’s 4,600-foot elevation and relatively short runway make landings difficult.

Both UPS and FedEx Corp. have committed resources to helping Nepal. UPS has announced that it would give $500,000 to aid which in combination with in-kind support to enable the provision of urgent relief supplies, as well as potential on-the-ground logistics support for long-term recovery needs. FedEx’s announced support was for approximately $1 million in cash, transportation support and a chartered flight to deliver critical medical aid and supplies to Nepal.

There had been some progress in alleviated Nepal’s most affected areas as several international bodies (both public and private) were working on more long term solutions which would’ve addressed the country’s unique geographic situation. However, yesterday’s earthquake has put that work into question.

Thousands died in the initial April earthquale. Hundreds of thousands more were left homeless, and centuries-old buildings were destroyed at UNESCO World Heritage sites in the Kathmandu. The new earthquake only added to the misery and will stretch already thinned supply lines even further as things begin to settle.

After the initial search and rescue operations, focus will shift toward shelter, water, and medical supplies. Hopefully, the logistics of the situation can improved soon as food is already an urgent need for many thousands in the country, and it’ll become even more pressing once the heavy rains start and new area fall victim to avalanches.