The New Logistics Behind Pizza Delivery 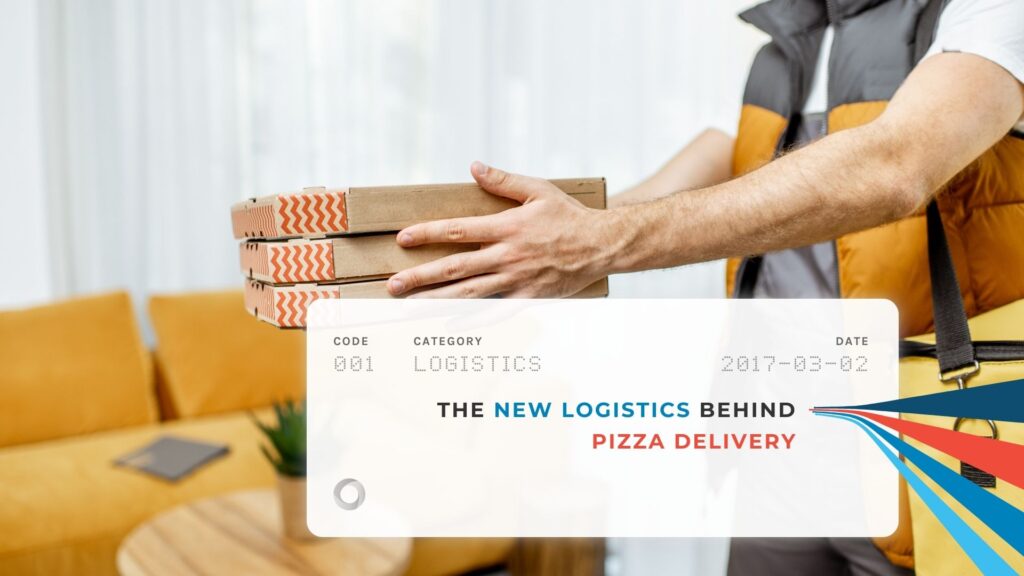 Few people appreciate what goes into having an item made and delivered to their home. For most, they simply order an item, wait the estimated time and then receive the package. It might as well be magic that made the delivery possible as far as they’re concerned. We explore the complicated business of pizza delivery from a logistics and supply chain point of view.

Those of us in the logistics and supply chain industry understand the level of work and coordination that goes into each successful delivery. Giant retailers like Amazon and Wal-Mart spend millions in technology, infrastructure and personnel just so their customers can get their packages a days earlier. It’s gets even more complicated for those involved in the food delivery industry.

Getting warm food to a customer without it getting ruined, is a complicated task. Just ask the dabbawalas.

It’s no surprise then that as the number of deliveries grows, the logistical systems in place become more complex. One company stands as a shining example of food delivery logistics. Not only has it reinvented itself, but it is also pushing the envelope of innovative technology—all in the name of better customer service.

There is a Western company that has not only mastered the art of hot food deliveries, but is also pushing the envelope for what’s possible. That company—is Domino’s Pizza

If you lived in the right place in New Zealand, you could have a pizza delivered to you via aerial drone.

Up until then, the only companies dabbling in unmanned drone delivery were e-commerce giants like Amazon and Alibaba and a few others. Having a pizza business adopt similar technology may seem like overkill. That is, until you realize that it’s only the latest effort by Domino’s to become a leading innovator. The company is even investing in artificial intelligence, autonomous vehicles, DRU and voice technology to further improve its delivery services.

Prior to 2010, Domino’s was just like any other pizza delivery chain. It’s one highlight being that it had particularly bad pizza.

It wasn’t until Patrick Doyle became CEO of the company that things started to change. For Doyle, it was about seeing the bigger picture. Domino’s was always a pizza company, but its also in the business of delivery. It needed to excel in both areas to be successful.

Doyle’s plan for success, was to remove customer barriers. Anything that would impede a customer’s ability to select, place and request an order needed to be removed. Thus, the entire business model and company were restructured.

Almost overnight, Domino’s saw a return on their efforts after they announced their plans through a series of bold commercials. The company stock jumped 15% by the end of quarter and it continued to grow. It’s now worth 18 times what it was six years ago. Domino’s reach has also grown as its stores can be found in more than 80 countries across 12,500 locations. The company’s commitment to better customer service paid off big time as it’s now the second largest pizza chain in the world.

The lesson that Domino’s teaches us is simple, but often forgotten: invest in your customers, and they’ll invest in you.