The Most Significant Ways in Which Warehousing is Changing — Part 2

Given the changes warehousing has experienced recently and the multitude of new technology associated with it, it’s critical to know what’s next for warehouses.

Warehouses have become a hub for innovation in supply chains. Due to the pressures placed upon them by modernity, they’ve had to grow. As such, warehouses are now a source of technological advancement where they were once stagnant. Consequently, they’re now highly connected, responsive, transparent, and forward thinking. Part 1 of this warehousing overview highlighted many of the changes taking place that lead to these developments. However, there are many more worth covering.

This article by Morai Logistics points to 4 prominent ways in which warehousing is changing as companies prepare them for the future.

The modern economy is moving towards sharing platforms, where services are provided on a need-be basis. Apps like Uber and Airbnb have had monumental success tapping into this public desire. Now, a similar approach is starting to gain traction in the warehouse space. Apps have been developed that allow warehouse owners to rent out spare space. As they take off, they’ll flip what unused space means for warehouse owners. Where once it’d be cost that provided no value, going forward it’ll be an additional source of money.

Internet of Business elaborates on the transformative nature of on demand warehousing,

The idea might seem simple enough, but the implications could be transformative. For example, organisations no longer need to think of warehousing in terms of massive regional hubs that require long-distance road haulage (with the expense and environmental impact that entails). Instead, they can now manage it as a national or international grid of smaller facilities that can be expanded or contracted on demand.

With all the technology present in warehouses, the need for connectivity is greater than ever. The variety of technology means data is coming in from a multitude of sources, raising the risk of data silos. With that in mind, to mitigate for that potentiality, warehousing has to involve integration.

An article by Supply Chain 24/7 expands on this,

In a hyper-connected warehouse, operating systems are laid out in a highly advanced matrix to accommodate the growing mix of technologies. Today’s warehouses hold bandwidth for technologies like barcoding, IoT, RFID scanning, GPS, load optimization and future technology innovations that may emerge. With this tech in place, logistics managers can quickly make and execute decisions.

Sensors are set to be an ever-growing presence in warehouses. Why sensors? Because with them comes an influx of data. That being data that is continually being collected. Which, in turn means transparency and visibility throughout the warehouse. Furthermore, sensors play a big role in the earlier mentioned connectivity as well as the predictive maintenance and real-time tracking mentioned in part 1.

Finally, another technology set to a have a significant impact on warehouses in the future are drones. This is because drones have the potential to be used to keep track of inventory.

A post 6 River Systems details the role drones will play in warehouses in the future,

Drones are likely to have a role in the warehouse of the future, as well. In August of 2017, researchers at MIT announced that they had been programming drones to relay RFID as a way to aid in inventory control — an innovation that could make tagging obsolete in the future. This technology allows small drones to fly above a warehouse floor to read RFID tags from tens of meters away

While drones’ ability for tagging will be incredibly valuable to warehousing, it’s important to point out that currently concerns remain in regards to them. The chief concern being that of they jeopardize the level safety in warehouses. Thus, less disruptive, lightweight drones have to be developed that can still perform the necessary tagging.

The Modern Warehouse: 5 Ways They Have Evolved 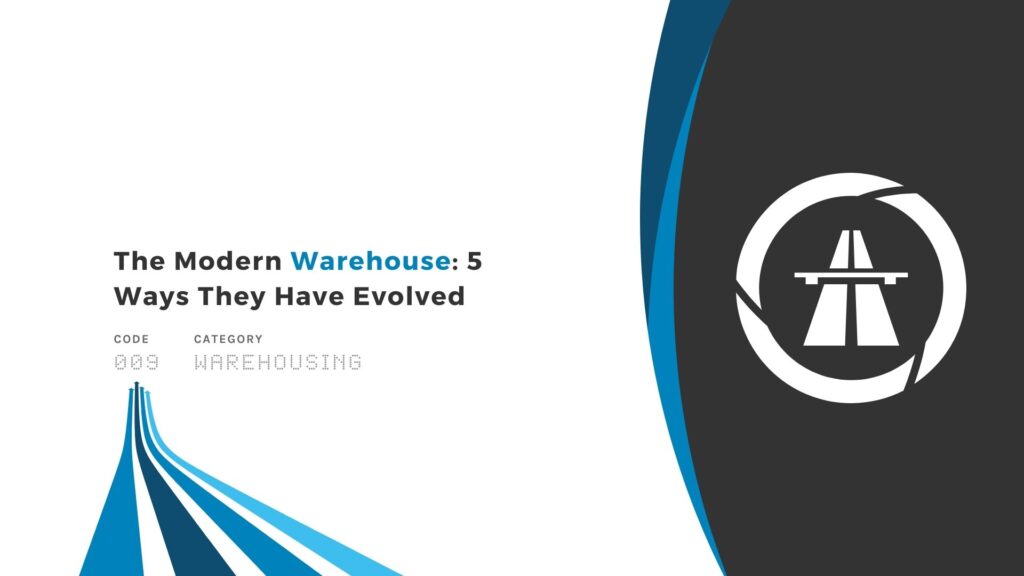 The warehouse has undergone significant change in recent times—here are the 5 most significant ways in which it has evolved. The supply chain has changed drastically over the years. With evolving customer demands and corresponding technological and logistical advancements to match them, it’s in a state of continual progress. No piece of the supply chain embodies that progress […]

The Most Significant Ways in Which Warehousing is Changing — Part 1

Warehousing has undergone a massive shift over the past few years, aligning itself with smart, technologically driven supply chains, but where’s it going next? Warehousing, for a long time, was seen as the least dynamic and intelligent part of supply chains. However, that’s no longer the case. Modern warehousing is smart warehousing. Moreover, given the escalating […]