The Long Strange Journey of Some Old Coffee 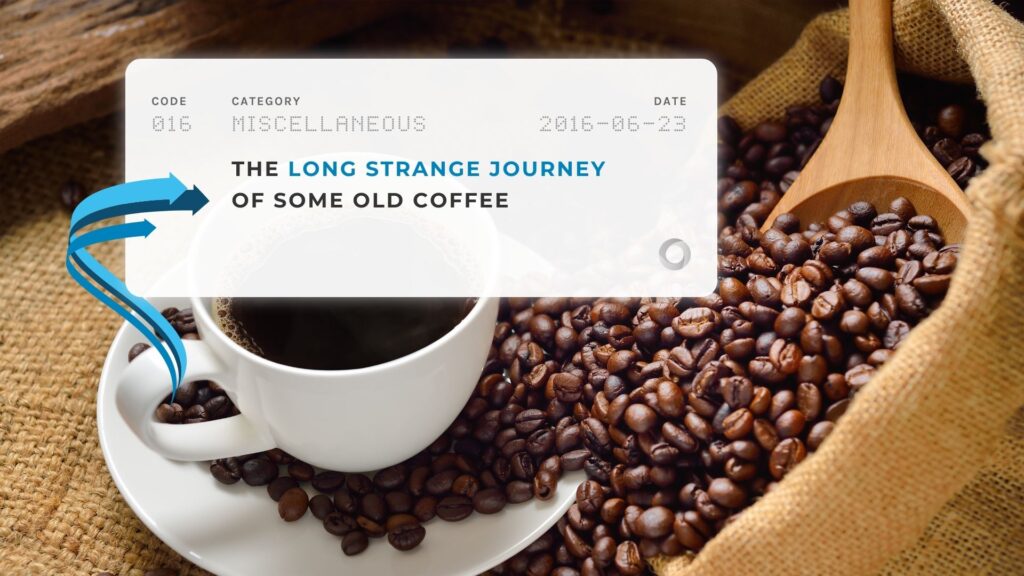 Nine years ago, several coffee beans of the higher quality Arabica variety were stashed away and forgotten about. At the time, there was a period of oversupply you see.

As the coffee beans sat in the warehouse, they lost their quality and with it their value. In fact, the value of the coffee beans has dropped so much that they are essentially free for anyone that can find a use for them.

“For instance, coffee that’s been certified by the ICE Futures U.S. exchange that goes unsold for 121 days costs half a cent cheaper per pound, according to the Journal. For three years, the cost falls 35 cents per pound. Coffee that’s nine years old is a whopping $1.55 less per pound, which makes it pretty much free since arabica coffee futures were at $1.37 a pound as of Monday” writes this article in Fortune.

For some context, 2007, when the oldest of the beans became stored away, was an interesting year. The Writer’s Guild of America went on strike impacting many popular shows, Vladamir Putin was announced as Time magazine’s Person of the Year, and Steve Jobs revealed the first generation of the iPhone to the public.

The coffee beans and their journey from valued commodity to essentially chaff is an example of the problem of inefficient supply chains. Because of a mismanaged glut, old coffee beans circa the Bush administration are just now leaving their home warehouse.

Coffee connoisseurs don’t fret! You’ll likely not have to worry about stale coffee the next time you go for a cup of Joe at your local Starbucks or Starbucks equivalent. Despite the super sale on these beans, they are ultimately not destined to for Starbucks (or any other upscale caffeine providing establishment). This is because many coffee roasters said they wouldn’t purchase beans that were more than a year old because they lose their flavor.

“You’re not going to see this in your Starbucks, ” according to Jorge Cuevas, chief coffee officer at Sustainable Harvest, a coffee importer, in an interview with the Journal. “It’s mostly going to be in generic brands that you might get at an institutional level.”

These beans will go to bulk and instant-coffee roasters, and eventually to companies that supply most institutional coffees for places like hotels, schools, and vending machines. They may also combine older beans with newer ones, or roast them longer to mask the taste.

The use of older beans isn’t uncommon. However, coffee beans are not usually this old. The quantity of these beans has also had an impact. “According to exchange data, 18% of exchange-certified beans were more than three years old at the end of May this year, compared with 11% in May 2013” points out this article from the Consurmerist.com.

At least the beans are being put to use. The cups of Joe made from them may not have the flavor of brews made from newer beans, but at least a person in need will be getting some caffeine.