There’s Still Too Many Trucks, Yet Too Little Parking 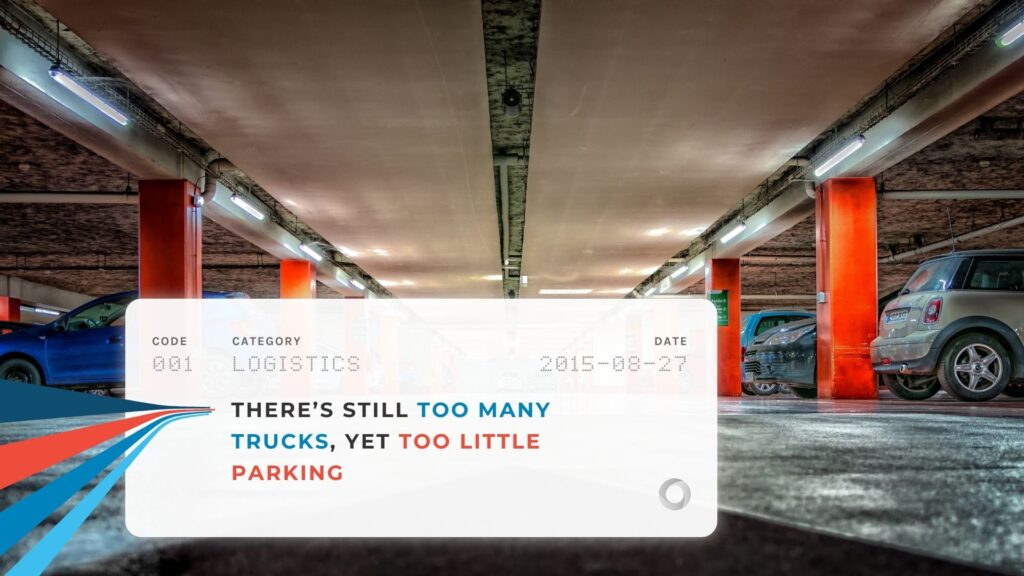 The Department of Transportation released the results of a comprehensive truck parking survey. In the study, they found that there is still a massive shortage of truck parking spots within the U.S, and that this is a national safety concern.

Of the truck drivers surveyed, 75% said they regularly had trouble finding safe parking when it was time to rest. 66% of the logistics personnel said the same. Ninety percent reported “struggling to find safe and available parking” at night.

Here’s a troubling quote from an ibloomberg.net article on the subject,

The problem is compounded with predictions that freight volume are to increase by nearly 29% over the next 11 years.

The study also reveals why the issue has been so difficult to address–there is no single entity responsible for the truck parking facilities. Add to this that of the majority of truck parking, 88% of the 309,000 spaces documented in the study–is at private truck stops, not in public rest areas.

Plans are in motions to fight the parking deficit. The Federal Highway Administration has stated that they’ll use funds from the GROW AMERICA Act which provides $18 million for targeted investments in freight infrastructure. The US DOT and National Coalition on Truck Parking have also announced plans to work together to find solutions for the parking problem.

The study itself is part of a larger effort known as Jason’s Law. This law came about because of what happened to Jason Rivenburg, a truck driver who was robbed and murdered in 2009 after he was unable to find a safe spot to rest for the night.

Jason’s Law was passed in 2012 and included a $6 million budget to provide the U.S’s highways with safe places for truckers to deal with fatigue without the worry of getting robbed or assaulted.

The authors of the one hundred and nineteen page study are clear about what they hope to achieve ultimately,
“Ideally each driver requiring rest should be able to access a safe, clean, full service parking space to obtain long-term rest whenever the need for long-term parking arises”.